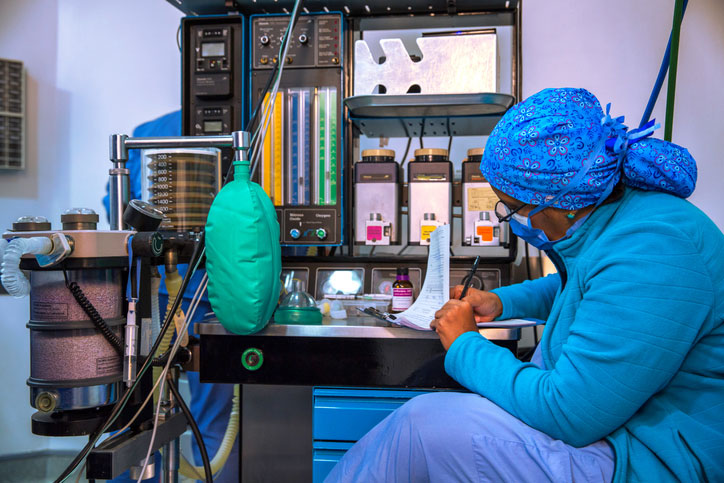 When Ali Baghai MS, CRNA, chose psychology as his major in college, it was influenced by the fact that his mother had been mentally ill. He wanted to help people and this seemed to be the best way. But after Baghai spent a summer volunteering at a camp for children with terminal and chronic illnesses in Connecticut, he felt a new calling for his life.

Baghai transferred to Boston College’s school of nursing. After he completed nursing school he spent the next five years working in surgical ICU and pediatric emergency. During his years at nursing school, Baghai had thought about becoming a certified registered nurse anesthetist (CRNA) but then his experience within the ICU further developed his interest. He pointed out that the critical thinking and clinical skills needed in the ICU are pertinent to the skills CRNAs use.

Baghai was accepted in 2006 to the Midwestern University’s CRNA program. He was one of 15 people chosen from 400 for the program at the Glendale, Arizona university. “I took to anesthesia like a duck to water and realized that being a CRNA was exactly what I was meant to do,” said Baghai.

Baghai’s love for his job has never waned in the 10 years since he started his journey as a CRNA. In addition to his full time position as chief CRNA at Tempe S. Luke’s Hospital in Arizona, Baghai also serves as president of Arizona Association of Nurse Anesthetists and is helping lead the Arizona APRN coalition. He is also co-founder of the CRNAs of Arizona PAC.

Baghai led a legislative session for the APRN Coalition and presented legislation that promoted all IOM (Institute of Medicine) recommendations for practicing APRNs, including the ability to practice and prescribe independently. Though the legislation did not pass into law, Baghai said that at the very least, the legislators and the public have an increased knowledge about the role of a CRNA. He plans to try again at the next legislative session.