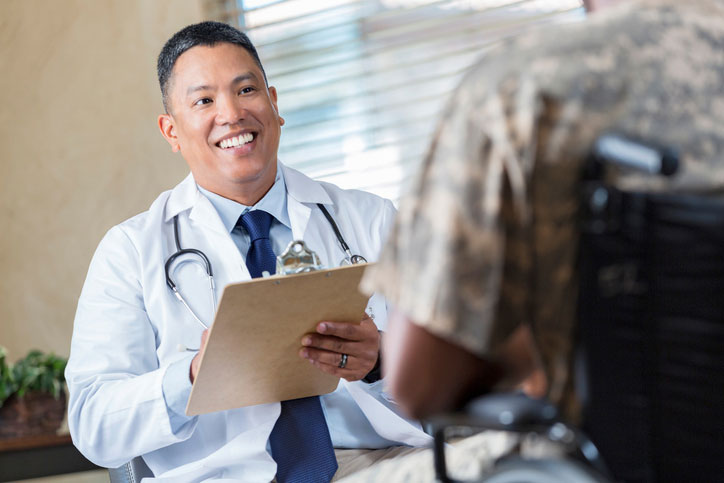 The fight to allow advanced practice registered nurses to practice to the full extent of their training, education and certification saw a major victory late last year when the Veteran’s Administration announced amendments to its provider regulations that would allow the APRNs in their facilities full practice authority – even side-stepping state laws when necessary.

Nurses licensed and certified in three of the four APRN roles (certified nurse practitioners, clinical nurse specialists, and certified nurse-midwives) will now be allowed to practice independently in the VA system. Prescriptive authority remains a sticking point in states that restrict APRNs from holding DEA registration that would grant them the authority to prescribe controlled substances.

The dispute over the extent to which APRNs are allowed to practice independently has been hotly debated at the national level with such influential organizations as the National Council of State Boards of Nursing  (NCSBN) leading the charge. Still, implementation can only happen at the state level where licensing and scope of practice laws are developed and rolled out. As a result, the greater level of autonomy that APRNs seek has been agonizingly slow for many, as individual state boards of nursing enact laws with different variations on the theme of independent practice.

The American Medical Association (AMA) has fought hard to keep APRNs tied to the physician-led model in state after state, but the VA decision was rolled out to all 1,500 VA medical facilities nationwide.

Does the VA announcement represent a sea change in the fight for APRN full practice authority? Or is it a minor victory in a struggle that will have to continue at the state level?

The VA Decision Could Have a Major Impact on Practice Standards

The VA treats almost 9 million veterans across a full spectrum of healthcare issues and is the largest single healthcare system in the United States. Decisions made there have an inevitable impact on American healthcare overall, which explains the often-acrimonious debate that took place during the public comment period on the proposed rules.

The VA has struggled mightily in recent years to provide quality healthcare in the face of several simultaneous challenges.

First, the system has had to cope with simultaneous influxes from two different patient groups—Vietnam veterans were hitting retirement age and increasingly running into advanced health issues at right around the same time as a new wave of veterans from the wars in Iraq and Afghanistan were coming in. Simultaneously, the VA was dealing with cost-cutting measures imposed by budget sequester rules. Healthcare suffered at VA hospitals and a number of widely publicized incidents resulted in VA Secretary Eric Shinseki having to resign in 2014.

Increasing coverage and efficiency by allowing the more than 5,000 APRNs in VA hospitals across the country to work independently represented an easy, common sense way for an agency with its back against the wall to improve service. Notable evidence supporting this view comes in the form of the VA’s decision to withhold FPA (full practice authority) from nurse anesthetists, which it justified citing a lack of current problems with access to anesthesia services in the system. This points to a practical, rather than ideological, basis for the rule.

As they have done in various state-level debates over FPA, associations such as the AMA and AAFP (American Academy of Family Physicians) argued strenuously that existing physician-supervised models of care should remain in place. The American Society of Anesthesiologists went so far as to set up and promote a website designed to inundate the VA with negative comments on the rule. Although the VA identified and disregarded comments sent through the site, it nonetheless left nurse anesthetists out of the final rule.

This obviously represents a disappointment to groups like the American Association of Nurse Anesthetists, which blasted the decision in December, but it has been equally unsatisfactory to the AMA, which decried the granting of FPA to the other three APRN rolls. The VA, then, is more focused on addressing its own immediate issues rather than altering the course of the FPA debate in the states.

Interestingly, however, one of the supporting comments advanced during the public comment period was from the Federal Trade Commission (FTC). Unlike the VA, the FTC is actively hoping that the rule has a ripple effect that spills over into the private sector, spurring competition and generating additional data on the efficacy of APRNs as primary care providers. The FTC expressed interest in “…the extent that the VA’s actions may encourage entry into health care service provider markets, broaden the availability of health care services outside the VHA system, as well as within it, and yield information about new models of health care delivery.”

The FTC’s analysis signals at least some federal support for broader, state-based rule changes granting FPA to APRNs in those states that still restrict practice to collaborative agreement models. And the fact remains that the market pressures that drove the VA to implement full practice authority are alive and well elsewhere in the healthcare system. A successful implementation of the new rule will all but guarantee renewed arguments at the state level on the basis of expanding access to affordable care.

The FTC has no explicit authority in the healthcare market other than the prevention of anti-competitive practices, but it does advocate broadly among the states for rule changes and best practices that will better serve consumers. The agency is now firmly in the FPA corner and it is likely to influence state agencies and legislators in future actions over APRN authority.

The elephant in the room with the health care industry right now is, of course, the potential repeal and replacement of the Affordable Care Act, popularly known as Obamacare.

The repeal has been long sought after by Republicans who now control Congress, and President Trump not only campaigned on the promise that it will be repealed but has continued to reaffirm this position after stepping into the White House. Although both Congress and the president promised to act quickly, they have been unable to agree on the specifics so far.

This leaves room for a revision that could potentially further the cause of APRN independence.

One of the major sticking points in the process is the promise that the system replacing Obamacare will be cheaper and better. There are few conventional paths to keeping that promise, which leaves open the possibility that Congress will turn to more innovative measures, which could include expanding APRN authority nationally along the same lines as the VA.

Recent confusion over immigration status is also expected to impact the availability of doctors in the United States, an estimated 25 percent of whom originally came from overseas. Almost 10,000 are from countries affected by the recent travel ban, a number that could effectively double the 11,000-provider shortfall from 2016 the AMA has already identified.

A reduction in the number of physicians available in the market, combined with requirements that they provide supervision to APRNs who are quite capable of operating without it could stress the system to the point where granting FPA becomes the obvious solution… just as it became clear at the VA.