Consensus Model and DNP: Understanding the Changes Being Proposed for APRNs

Due to the increasing demand for primary care providers and the assertion that APRNs will be key to increasing accessibility to high-quality, advanced medical care in patient population specialty areas, two significant changes are being considered by national credentialing, educational accrediting, and state licensing bodies:

Advocates for these changes had hoped to see all states codify the proposals into law by 2015, however, this did not happen.

From a current perspective, in 2016, it is clear that virtually all state Boards of Nursing will eventually come to recognize the Consensus Model, at least in part, as a way to universally define the competency standards for advanced practice RNs. In fact, as of 2016, 35 state and US territory Boards of Nursing have enacted the Consensus Model, while another five states are pending. Only 11 have yet to propose any legislation concerning the implementation of the model.

However, it is unclear when, or if, state Boards of Nursing will implement laws that require all APRNs to hold a Doctor of Nursing Practice. As of 2016, a master’s degree remains the  established educational standard in all states and jurisdictions for advanced practice nurses in all roles.

The goal of both proposed changes is to elevate advanced practice nursing so as to improve healthcare outcomes and increase accessibility to advanced level primary care throughout the nation. As more states implement the model in part or in whole, prospective APRNs are more often evaluating the Consensus Model for APRN Regulation and the proposed DNP educational requirement as they consider entering advanced practice. 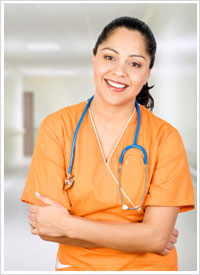 Because the often decades-old regulations that individual state boards have established for advanced practice RNs have been identified as inconsistent from one state to another, some certifying and accrediting bodies, along with many state Boards of Nursing believe that there are benefits to the adoption of a more consistent approach to certification and licensing.

In 2008, the APRN Consensus Work Group and the National Council of State Boards of Nursing APRN Advisory Committee published the Consensus Model for APRN Regulation. The model had the support and input of more than 40 nursing organizations that believed that uniform regulations among states would improve advanced practice nursing nationwide.

The model was developed in collaboration with certifying organizations, national nursing program accreditation agencies, regulators, and managing members of advanced practice professional organizations. The committee evaluated all variations in regulation and practice with the goal of developing a model that would provide consistency so advanced practice nurses could practice in more than one location with the assurance that the standards of practice would be the same. Under current laws, all too often state regulations limit APRNs’ scope of practice, preventing them from practicing to the full extent of their knowledge and training.

Two key goals of uniform regulations would be to increase patient access to care and eliminate barriers that prevent APRNs from practicing in neighboring jurisdictions.  The model would establish clear, universal definitions for all four advanced practice registered nursing roles. This would involve evaluating and remodeling state laws and school curriculum components. Each state Board is currently in the process of evaluating the model to identify:

The model also provides strategies for the implementation of legislative changes that would bring a state into alignment with major elements of the model.

The status of each state’s level of consensus model implementation, including which states currently allow independent practice and prescriptive authority, can be seen by selecting the state of interest:

Find Info For Your State

Although most APRN education programs are still offered at the master’s level, a number of DNP programs have been developed in recent years, and more are currently under development.

Doctoral programs in nursing are not new. The first DNP program was established in 1979 and two others opened in Tennessee and Kentucky in 1999 and 2001 respectively. However, in a 2004 position statement, the American Association of Colleges of Nursing (AACN) presented a proposal recommending that the DNP be adopted as the minimum practice-focused advanced degree required to qualify for APRN certification and licensure. Educational standards and competences are being developed, but a final decision will require a coordinated effort by regulatory, educational, and credentialing organizations.

This change in the educational minimum for APRNs has been talked about for a number of years, and implementation was considered as a possibility for the year 2015. However, this timeline was abandoned as nursing schools, certifying bodies and state licensing boards weighed the implications of the Affordable Care Act (ACA) and the need to see more APRNs enter practice in the face of a growing physician shortage nationwide.

Although many support the concept of establishing the DNP as the educational standard in advanced practice nursing, just as many do not. In fact, in an April 2012 survey, only about half the APRN certification and accreditation agencies indicated they would sign on in full agreement. Clearly, there is still considerable discussion, evaluation, planning, and consensus that will need to take place before a final decision will be made. Until the time this complex change takes effect, RNs will continue to qualify for APRN recognition by completing any accredited master’s degree or post-graduate certificate program that meets requirements for APRN certification.

Should the DNP requirement be adopted, the proposal will still allow all master’s program students and existing master’s-prepared APRNs to enter practice or continue to work in their advanced practice roles. In addition, a defined transition period has been proposed that would allow existing APRNs with a master’s or other post-graduate degree to meet specified criteria so that practice experience and credits previously earned could be applied to the credit requirements for a DNP degree.