What is a State Board of Nursing?

Arizona State University
Featured Program: Prepare for career advancement with a master’s in nursing from Arizona State University. With curriculum focused on key competencies and transformational leadership, this Master of Science in Nursing degree will prepare you to advance in the field as a nurse leader who impacts patient quality and safety through evidence-based practice.
Request Info

A state board of nursing is the state-specific licensing and regulatory body that sets the standards for safe nursing care, decides the scope of practice for nurses within its jurisdiction, issues licenses to qualified candidates, and handles any disciplinary actions for nursing practice violations.

All 50 states, the District of Columbia, American Samoa, Guam, the Northern Mariana Islands, and the Virgin Islands have boards of nursing that collectively represent the member organizations that make up the National Council of State Boards of Nursing (NCSBN).

The NCSBN administers the National Council Licensure Examinations that all state boards require as part of the licensing process:

California, Louisiana, and West Virginia each have two boards, one for Registered Nurses (RNs) and one for LPNs or LVNs. One state, Nebraska, has a separate board for advanced practice registered nurses (APRNs).

It’s the role of these boards to determine how advanced practice registered nursing is defined in each state.

As a nurse or prospective nurse, you probably already have a basic idea of how the licensing process goes. You put in the years it takes to get the required combination of education, experience, and put all the documentation together to prove it. You take and pass the required test for your level of licensure. You probably go through a background check and you fill out an application form that seems like it’s the size of a short novel. 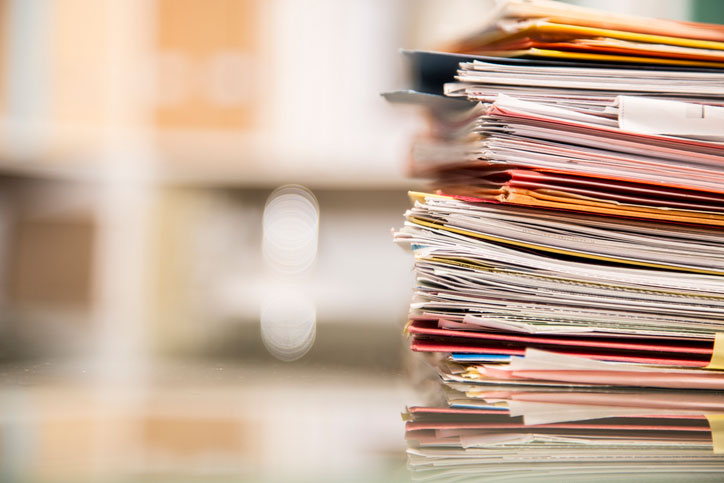 Then you bundle it all up and send it off to the board. In a couple of weeks, they let you know if you forgot to dot any i’s, neglected to submit something, or if your tests scores didn’t come through… or if everything looked good and your license is on the way.

But what happens on the other side of that process? Well, the staff isn’t just sitting around joking about applicants who don’t make the cut.

And that’s just the licensing function. Before you even get that far, you might have contacted them with questions and gotten the answers you needed. After licensure, they also follow up on renewals. The board is also responsible for investigating and deciding allegations of misconduct.

It’s a big job, and it makes the profession of nursing the most trusted job in America, year after year.

What Is the Function and Role of Your State Board of Nursing?

Even though all state boards maintain similar licensing standards and voluntarily align themselves under the NCSBN, you might be surprised to learn that there are no national rules for licensing and regulating the practice of nursing.

Each state is responsible for passing their own laws, often called Nursing Practice Acts (NPAs), that establish their own regulations for nurses. The District of Columbia and each U.S. Overseas Territory also has its own nursing board.

The legal language in the NPA lays out the requirements for licensure and defines the scope of nursing practice. But a lot of the details aren’t hammered out.

Instead, the Acts create nursing boards of between 10 and 17 members, usually a mixture of registered, practical, and advanced practice nurses together with members of the public. The boards then put the NPA into practice by setting specific administrative rules and regulations that further define the qualifications for licensure and the scope of practice. Board rules must be consistent with the NPA and can’t supersede NPA mandates.

The board members themselves don’t handle most of the actual work of the board. Instead, they make the big decisions while professional staff handle the paperwork, investigations, and communications required.

Depending on the state, nursing boards may be called commissions, examiners, or registration agencies, but despite the names they all have the same regulatory job.

All boards of nursing are responsible for evaluating applications for nurse licensure, issuing and renewing nursing licenses, and taking disciplinary actions when needed. Other responsibilities that a board of nursing might take on, depending on the state, include:

Most state nursing boards date back to the early 20th century when the nursing profession was becoming more formal and better recognized. The American Nurses Association (ANA) was established in 1896 and began lobbying lawmakers for recognition and professional standards.

Lawmakers responded by passing some of the first laws regulating nursing. In 1903, North Carolina became the first state in the nation to have a registration process for nurses, paving the way for the RN designation now established in every state. And in doing so, it created the very first nursing board, a Board of Examiners which had discretion to “…issue license without examination to such applicants as shall furnish evidence of competency entirely satisfactory to them.”

More boards followed, and exams became a part of the process. Eventually, licensing become mandatory in 1935 and the titles of Registered Nurse and Licensed Practice Nurse became legally protected, applying only to nurses recognized by nursing boards.

How Does APRN Independent Practice Differ By State?

Just as every state has its requirements for RN licensing, each state also sets its own requirements for licensing APRNs. They determine the legal scope of practice for APRNs and establish the APRN roles and titles recognized in the state. 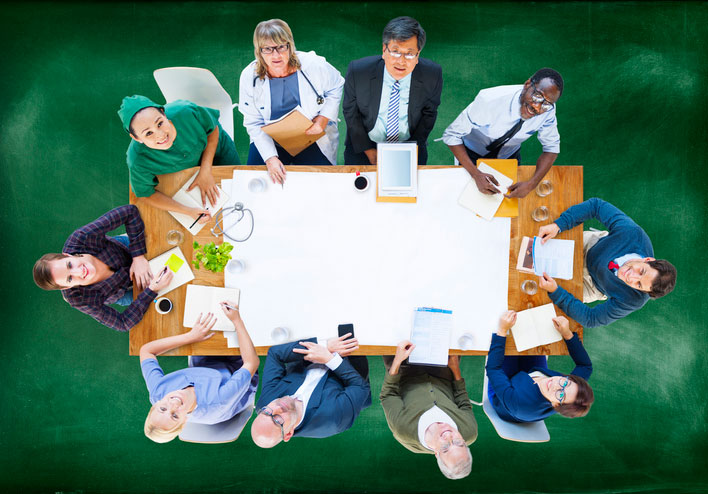 Variations in state laws for APRNs creates confusion for both nurses and patients. A coalition of nursing organizations led by the NCSBN have developed a Consensus Model for APRN Regulation to standardize both licensing requirements and the scope of practice for advanced practice nurses nationwide. NCSBN and other organizations continue to actively lobby for state legislatures to incorporate it.

To date, 18 states have fully adopted the model into their laws, but most state boards of nursing have adopted at least some part of the NCSBN’s APRN Consensus Model. As of July, 2021, nursing boards in 37 states plus the District of Columbia allow APRNs to independently prescribe certain drugs. According to the American Association of Nurse Practitioners (AANP), 24 states offer full independent practice authority to diagnose and treat patients without direct physician oversight or a collaborative agreement in place. This widespread trend to adopt the consensus model strongly suggests that additional state boards of nursing will soon tailor their regulations to match this model. 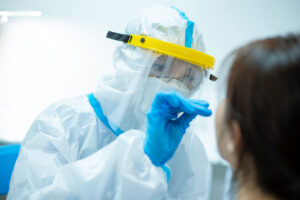 The COVID-19 pandemic hit the American healthcare system like a Mack truck. Hospitals were swamped with patients; infected healthcare providers had to quarantine, putting even more pressure on those who remained to deliver services. In an industry that was already running short of doctors, there was suddenly a critical need for advanced practice providers to shore up the gaps.

State legislatures, insurers, and federal agencies like the Centers for Medicare and Medicaid Services scrambled to put in place emergency rule changes to allow APRNs and other providers more latitude to practice independently. Not only were the shortages of healthcare professionals during the pandemic a major driver of these policies, but so were the limitations on existing collaborative practice agreements that assumed a level of supervision that just wasn’t possible remotely.

As of July 2021, 18 different states had temporarily suspended or waived practice agreement requirements to cope with COVID-19 according to AANP. Thirteen of those suspensions remained in force.

Having demonstrated in all those states and more (no exemptions were necessary in states already offering full practice authority) that they are fully capable of handling major healthcare emergencies, it’s a good bet that APRNs will have a stronger hand next time they ask state legislatures for independent practice and prescriptive authority.

This list is not reflective of temporary emergency authorizations put in place in response to the COVID-19 pandemic. The definitions for independent practice and prescriptive authority we use to evaluate each state reflect those of the National Council of State Boards of Nursing:

Various levels of independent practice and prescriptive authority may be allowed in certain states. For example, state law may allow advanced practice nurses to prescribe only under a collaborative agreement with a physician, but grant independent practice for everything else. These variations are also noted here.

Alabama Board of Nursing

Alaska Board of Nursing

Arizona State Board of Nursing

Arkansas State Board of Nursing

California Board of Registered Nursing

Colorado Board of Nursing

Delaware Board of Nursing

Florida Board of Nursing

Georgia Board of Nursing

Hawaii Board of Nursing

State of Idaho Board of Nursing

Indiana State Board of Nursing

Iowa Board of Nursing

Kansas State Board of Nursing

Kentucky Board of Nursing

Louisiana State Board of Nursing

Maine State Board of Nursing

Maryland Board of Nursing

Massachusetts Board of Registration in Nursing

Michigan Board of Nursing

Minnesota Board of Nursing

Mississippi Board of Nursing

Missouri Board of Nursing

Montana Board of Nursing

Nevada State Board of Nursing

New Hampshire Board of Nursing

New Jersey Board of Nursing

New Mexico Board of Nursing

North Carolina Board of Nursing

North Dakota Board of Nursing

State of Ohio Board of Nursing

Oklahoma Board of Nursing

Oregon State Board of Nursing

State Board of Nursing

Board of Medicine (CNM Licensing)

South Carolina Board of Nursing

South Dakota Board of Nursing

Tennessee Board of Health

Texas Board of Nursing

Utah Board of Nursing

Vermont Board of Nursing

Virginia Board of Nursing

Wisconsin Board of Nursing

Wyoming State Board of Nursing