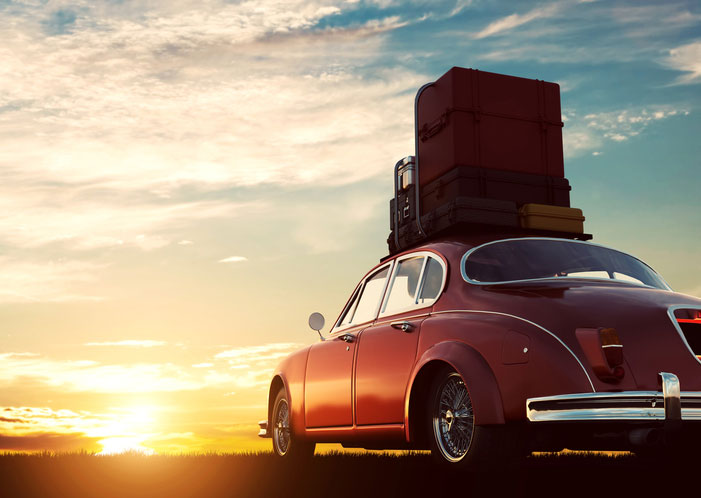 The almost constant demand for nursing talent around the country – and around the world, for that matter – means that any RN can take advantage of opportunities to pick up and relocate for a while without a lot of hassle, often under assignment with an existing employer. It’s a great way to see the country while getting paid for it and a good way to keep your skills fresh and learn from different organizations.

So you’d think that as an APRN, with even more skills, you’d have an even easier time picking up and wandering around the country to different work assignments.

But you’d be wrong.

The fractured nature of APRN licensing and recognition makes traveling far more difficult. But if you have the travel bug, don’t let that stop you! It can still be done.

Your first clue that traveling as a nurse practitioner is a little different than as an RN is that the positions for NPs are known as locum tenenspositions… the same term used for traveling physicians. And indeed, many of the requirements for nurse practitioners are closer to those of a  physician than an RN.

As an RN, you have to obtain a valid nursing license for states you intend to travel to and work in. But if your current license is in one of the 29 states that participate in the Enhanced Nurse Licensure Compact, you can easily practice across state lines in any of the member states with almost no red tape. And in other states, known as “walk-throughs,” in less than a day’s time you can get a temporary nursing license that would be valid for between one and six months.

Licensure Endorsement Can Be Complicated For Nurse Practitioners

As a locum tenens practitioner, cross-state licensing is a more complex issue for traveling advance practice nurses. You still need to take care of your registered nurse license, but you also need to obtain the correct license for your advanced practice specialty. You may also need a separate license for prescribing medication, depending on your role and whether or not the destination state allows prescriptive authority to nurse practitioners.

Even though you’re nationally certified, your state-issued APRN license is not part of the 29-state RN nursing compact, which prevents you having the kind of inter-state mobility you might like to have. Rules around the authority to practice, diagnose and prescribe differ so much from state to state, that a multi-state nursing compact of that size is still a long way off.

However, your national certification does help streamline a licensure by endorsement process that is very similar to the RN model.

As more and more states adopt the APRN Consensus Model for licensing, some of these differences are beginning to evaporate. But the process has been slow and you can expect some differences to remain.

If you have or need prescriptive authority, you’ll also need to notify the DEA and have your DEA license switched to the new state. In some cases, you might prefer to get an additional DEA license instead—it’s possible to have multiple current licenses in different states.

Keeping Track of the Ground Rules in New Practice Environments

It’s not just the licensing that will change as you change states as a nurse practitioner; your scope of practice will also be defined differently.

The campaign for APRN licensing has been waged on a state-by-state basis, and the result is that the specific implementations have varied considerably. You’ll have to get used to adjusting your style to match what is allowed locally.

In some cases, this will require building a relationship with a local physician so that your collaborative agreement documents are in order so that you’re operating within the strictures of state law. This isn’t exactly a quick and easy process, so it’s usually something that’s arranged as part of accepting a position before you even show up.

Even as an NP, You Can Travel as an RN to Avoid the Licensing Hassles

Of course, if all this turns out to be too much of a pain, but you still really want to travel, there’s a hidden option you might not have considered. You are still a registered nurse, and you can still work as an ordinary travel nurse with far fewer hassles if you’re willing to work within the much more limited RN scope of practice.

If you take this option, be sure to check into your home state licensing requirements for your APRN license renewal. Most states require both evidence of APRN practice hours and continuing education hours during the renewal cycle.

Just like maintaining an active license, taking a hiatus from practicing under your APRN license is still a status that will need to be renewed, and does involve a fee for doing so. You will not have to meet practice or education requirements while you’re on inactive status, however. Unlike allowing the license to simply lapse, reactivating it does not require retesting or paying late renewal fees when you get back.

But it can be worth the hassle to take your APRN status along with you. As a regular RN, you will find yourself largely restricted to working in acute care environments. But NPs have the skills and independence to open up a wider variety of jobs in different environments:

And you may have the option of getting paid as either a W-2 employee or a 1099 independent contractor… either can be a good choice depending on your personal financial situation.

In both cases, your housing and travel expenses are provided for. Meals may either be provided for or deductible expenses. And the pay tends to be greater along with the variety of experiences.

Taking the leap into traveling as a nurse practitioner isn’t for everyone, but it’s a rewarding experience for those who are willing to make it work.