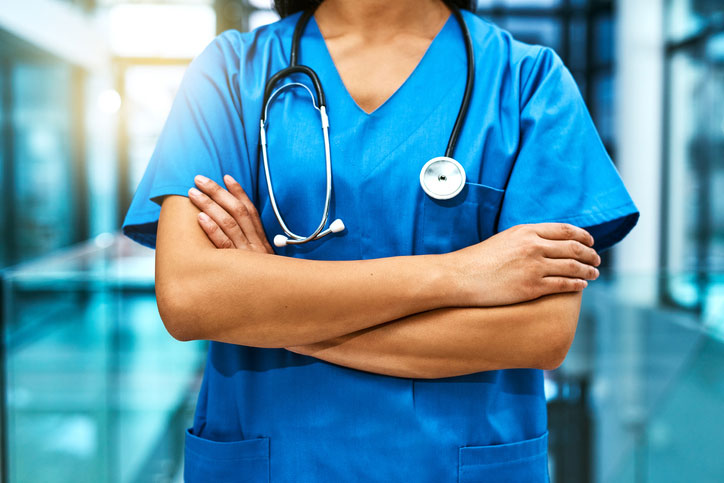 American healthcare is facing a number of crises on multiple fronts, but none of them affect nurses quite as much as the current and growing shortage of qualified caregivers.

The numbers are stark and unambiguous. In some hospitals, major departments are unable to fill up to 20 percent of their nursing positions today. The Bureau of Labor Statistics projects that by 2024 the United States will have a shortfall of about a half million nurses to fill open positions.

By now, we all know the factors behind the trend…

Making matters worse, there’s a doctor shortage being driven by many of those same factors. Traditionally, nurses have been asked to do more and more as doctors have become busier and busier. Advanced Practice Registered Nursing is one outgrowth of that, but APRNs are starting to feel the squeeze now, too.

The chronic staffing issue in healthcare is cutting both ways for APRNs. There’s no shortage of hours available. And the shortage of qualified doctors is much of the force driving new calls for APRNs to take on more and more responsibility in the medical world.

This is becoming clear as legislatures rush to expand the licensing and scope of practice for APRN’s across the country.

On the other hand, there are increasing demands that come with those increased responsibilities to see more patients and get more work done, and do it all in less and less time.

Worse, some APRNs are being asked to fill not only their new advanced practice role, but to continue to function as a staff RN as well. There’s no legal or ethical obstacle to this, and some nurses might enjoy the variety. But it’s often seen as a demotion and a diminution of talent and skill… try asking an MD to change bedpans, for example, and see what the typical reaction is.

Should a nurse practitioner, who has gone through advanced training and spent years developing their skills, be any less incensed?

It’s also an excuse for administrators to demand even more work out of someone who is already devoting considerable time and energy to their main job. This isn’t just wrong, but risky—advanced practice demands advanced skills and the time in which to apply them. When that time is being eaten up performing more standard RN tasks, the skills can atrophy and patient care can suffer.

Big Increases in Nurse Practitioner Programs May Be Solving The Problem

Overall, there’s no doubt that the United States will face a shortage of trained medical professionals in the coming decades.

But for APRNs, the outlook may not be so dire. The obvious advantages of advanced practice nursing as a measure for covering the gap in doctor supply has resulted in a huge increase in nurse practitioner programs and enrollments. In fact, projections from the Health Resources and Services Administration actually show a surplus of primary care nurse practitioners emerging by 2020.

It could be that the APRN role will not only have a smoother ride through the rocky staffing shortages, but will help smooth the rode for other specialties as well. The HRSA report notes specifically that the surplus scenario occurs in a world where nurse practitioners continue to provide only the primary care services needed at this moment, but doesn’t account for the deluge of demand that’s right around the corner.

It’s much cheaper and faster to train advanced practice nurses than full-fledged MDs. That means that training can ramp up faster and conclude more quickly. This burst of qualified APRNs can fill the gaps and help keep the doctor shortage from becoming as dire for the American public as it might otherwise become.

At the same time, you don’t become an APRN without first being an RN. The demand that is pulling RNs into APRN programs is also creating a vacuum that will pull more new students into registered nursing programs. That bump in nursing enrollments is going to help fill the gap in the projected nursing shortage. After all, you don’t immediately flip from RN to APRN as soon as you graduate nursing school. Those students will put in several years of worthwhile service as nurses before moving on to APRN programs; in fact, most of them will remain as nurses and not go into advanced practice at all.

The Road Forward Will Be A Bumpy One

The personnel difficulties that these transitions are bound to create— and have, in fact, already created—aren’t a lot of fun to go through. Hospital working environments can be famously hostile—a lot of egos, a traditionally rigid hierarchy, and a customer base that is routinely experiencing some of the worst moments of their lives puts the pressure level to extreme.

When you add staffing shortages to the mix, it’s a recipe for some serious unhappiness. Staff churn is a challenge that medical organizations are already experiencing. While the responsibility for fixing the issue rests at the top of the ladder, it’s the mid-level staff who feels the pressure the most. Bringing new hires up to speed, not being able to count on shifts being filled, and the general demoralization that comes with friends constantly leaving and unfamiliar faces arriving takes a toll.

These are all challenges that new APRNs should expect to face as they enter the workforce. They are likely to continue for some time. It’s entirely possible the ramifications will echo through the entire career of someone entering the profession today. But the opportunities that the turmoil creates will likely mean a larger and more important role for APRNs in the future.